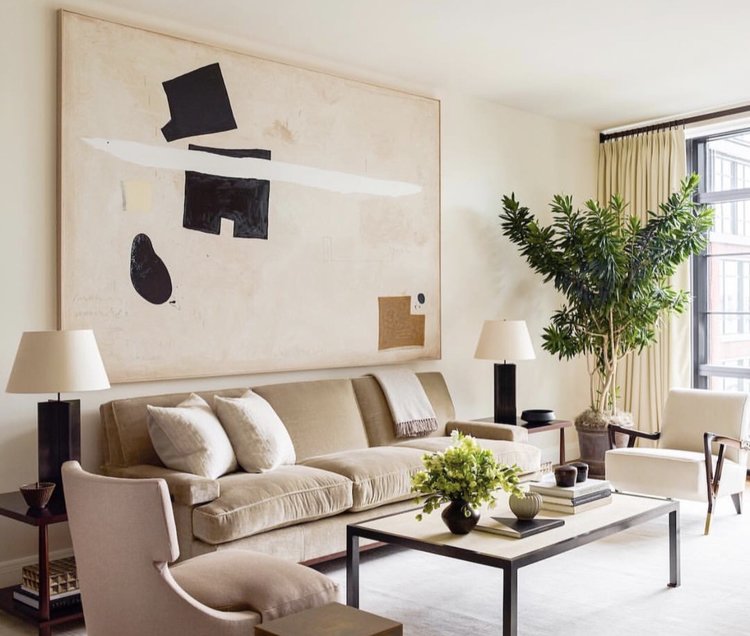 Recently, I’ve become more interested in art and I think it’s about time I start collecting. It truly makes a house a home and personalizes your space. I purchased two pieces from an artist who recently moved from Chicago to DC and I want to showcase him along with three other artists I’ve been following.

Josh Young recently moved to Capitol Hill after living in Chicago and following his home renovations has been fascinating, but his art is really what I’m following him for. I first started following him when his portrait art became famous and I purchase the Emma and Eugene prints which I love. But now, my sights are on something more personal – a commissioned studio piece.

Known for his large-scale pieces, William McClure is not only hilarious, he’s insanely talented. His abstract work is breathtaking and I can only hope to own one of his pieces one day. He’s also a very entertaining follow on Instagram. He is renovating (renovating is an understatement) a large home in Alabama all while running a farm.

Emily is actually a sorority sister of mine from way back in the day. Little did I know how talented she was but I sure do now. I remember her being very artistic in school and I believe she started off doing portraits, but her work has evolved beyond those and her large-scale botanicals and bees are getting a ton of recognition. Her current commission waitlist is all the way into Summer 2022, so get on the list now.

Donald’s pieces are hilarious. Thoughtful, bold, and current. He creates pieces that reflect the times, but he can also create a piece to your specific liking. There’s typically a certain pattern and color scheme and I also love how he incorporates the frames in some of the pieces. It’s unique while being obvious.

All photography from linked websites.